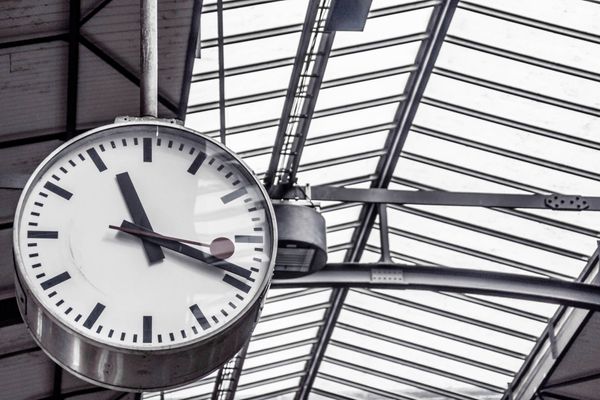 Diary of a Death March: Overview and Index

Diary of a Death March is an evolving series of short stories I'm writing, which revolve around the people working at a particular company and a disastrous project they've been working on; eventually, said project becomes a death march.  Each story is told by a specific character who works at that company and on that project, in one fashion or another.

The characters are below.  Each perceived the events around him/her differently, so check out all the stories to get the full effect.  As I write more stories in this combined universe, I'll keep this page updated.

Each POV character has a story told from his/her point of view.

The lead programmer of Engineering Team 1. Read his story.

An intern hired to Engineering Team 2, which is reassigned to work on the project.  Read his story.

A developer on Engineering Team 3, which is reassigned to the project.  Read her story.

The head salesperson at the company, also responsible for client contact. Read her story.

The lead developer for Engineering Team 3.  Read her story.

The Chief Technical Officer for the company.  Read his story.

Characters who don't (yet) have a point-of-view story, but still feature into the company's tale.

The manager for Engineering Team 1.  Seen in Terry's story.

If you don't want to spoil what happens in the stories, stop reading here and go read Steve's story.

What follows is a rough timeline of events in the story, and different events are peceived differently by the characters.  Please note that not all events are listed here.  The story takes place in 2014 and 2015.  Don't read this timeline before reading the POV stories, as it is largely for my reference and tells the fate of the characters.

December 17th: Company Christmas party, Terry tells employees to "try to avoid putting their own needs before the team's".

January 27th: Jim snaps, throws his phone against the wall, is fired.

April 4th: Due to Steve quitting, Bianca manages to get customer to agree to new extended deadline on May 27th.

The following is a rough list of the company's personnel.  I've included full names for any defined characters.  Please note that this is list is not comprehensive (for example, I haven't defined Human Resources or other operations groups) and the personnel list may change as I write more stories.

The Diary of a Death March stories are my own work and are a work of fiction.  No relationship, real or implied, to any real persons or events blah blah blah you get the idea.  It's a story, people.

That said, I'd love any feedback any writers, tech people, really anybody has on these works.  I'm an amateur writer but a professional programmer, and looking forward to improving my storytelling skills.

Image creators, if for any reason you would like your image to be removed from these pages, please contact me on Twitter and I'll be happy to oblige.  The information for each character image is found below.

"Steve" is Avishay: Headshots a la Peter Hurley by Flavio, found on Flickr and used under license.

"Christian" is artist Kehinde Wiley.  This image is his headshot, taken by his studio, all rights reserved.  Image has been modified (removal of a black bar as seen here) and is used under license.

"Emily" is Portrait Session by Big D2112, found on Flickr and used under license.

"Bianca" is Headshot by Liz West, found on Flickr and used under license.

"Terry" is businessman Harry Crosby; portrait found on Wikimedia and used under license.