I do quite a few technical interviews in my current position.  Generally this means that I am responsible for determining a candidate's ability to code clearly, comprehensively, and as fulfills the requirements given them.

I ask lots of different questions to prospective candidates, most of which I'm not going to share here. But one particular question often becomes useful: the FizzBuzz problem.

(Cue thousands of experienced developers rolling their eyes.  I saw you.)

This is a common technical interview question that tends to demonstrate if the interviewee can code at all, rather than if they can code well.  But given how many candidates can't even write code (yes, this does still happen), it's become a useful tool in my interviewing toolbox.

In this post, we're going to show a definitive guide to answering the FizzBuzz problem, with lots of examples in C#.  Let's go!

In technical interviews, I normally state the FizzBuzz problem as follows:

What Are Interviewers Looking For?

There are several things that I, as the interviewer, am looking for in candidates who are given this question:

A "valid" solution will do these three things.  Exactly how they are done is open for interpretation.

Here's a common pseudocode solution for this problem as stated:

This same solution in C# would be the following:

Assuming the interviewee can solve this problem at all, they often make one of two mistakes.

By far the most common mistake is forgetting what the remainder (aka modulus) operator is.  To be fair to them, in my experience this is not a commonly-used operator, and so forgetting it is forgivable depending on how the interviewee ultimately solves this problem.  Alas, these people often end up with a solution similar to the one below.

They use the division operator (/) instead of the remainder operator.  This poses an issue because those IF statements will now never be true, and hence we will never get any output.  In these situations I often have to remind them, gently, of this fact, and more often then not they will reach an alternative, acceptable solution.

The second most common issue interviewees have with the FizzBuzz problem is forgetting that Foreach is a construct in most modern languages.  They then write a solution using a For loop instead:

There's nothing wrong with this solution, at least not technically; it will output the proper "Fizz" and "Buzz" items.  The only thing I'd point out to the interviewee in this situation is that it is a bit more difficult to read.  That said, people who provide this solution will, in my mind, be considered to have solved the problem.

If I'm interviewing you, and I ask the FizzBuzz problem, and you provide me with the basic answer from earlier, I will be completely satisfied with that.  It's a good, valid answer, provided you arrived at it naturally and didn't just write it down from memory.  However, there are ways you can make this basic solution better.

That last sentence, the one that states "evenly divisible by both 3 AND 5" is a trap statement.  I word the problem this way because I want to be super clear about the requirements.  Most interviewees interpret this as an order, translating it to mean that there are three conditions (divisible by 3, divisible by 5, divisible by 3 and 5) that must be fulfilled.  Consequently they will write the three IF statements from the basic solution.

But in many languages you do not need three IF statements; you only need two. Consider the following:

Notice that there are no longer any "else" keywords.  This solution fulfills the requirements as stated.  However, the output from this doesn't look very nice:

I've had two candidates reach this solution, and in my mind they have not only completed this problem but improved upon it: they made the code simpler (at the expense of the output's formatting, but since the technical interview is not the real world I will often let this slide).

The reason I will be impressed by this solution is that it shows that the interviewee can think outside of the bounds of the problem defined; that they can think about the code and how to make it better.  This is a critical skill for modern software developers, and one that I find is all too lacking.

Of course, if you really wanted to blow me away, you could make some modifications to this answer:

Which outputs the following:

There are quite a few ways to improve upon the basic FizzBuzz solution, and using any of them will impress your interviewer.  At the very least, going the extra mile can't hurt.

The FizzBuzz problem is a commonly-used technical interview question that helps determine if candidates can write code at all.  It means to show that the interviewee can write a loop, use the remainder operator, and write to the output.  There are two common mistakes, both of which can be avoided.  Finally, going the extra mile and improving upon the original "basic" solution is never a bad thing and may even impress your interviewer.

As an aside, any interview answers are subject to the biases and expectations of the interviewer, and I am not exempt from this phenomenon.  You should not regard my opinions as written here as the only valid ones (hence why this post is a definitive guide and not the definitive guide).  The key takeaway from this post is that you should always put extra effort into solving these kinds of problems in a technical interview. Think about the problem, and how to solve it more efficiently, and you'll impress any interviewer worth their salt.

Got another common interview question you'd like to see dissected?  Let me know in the comments!

Want more FizzBuzz solutions?  Check out this thread on Reddit.  Even though the answers are in JavaScript, the meaning should still be clear. 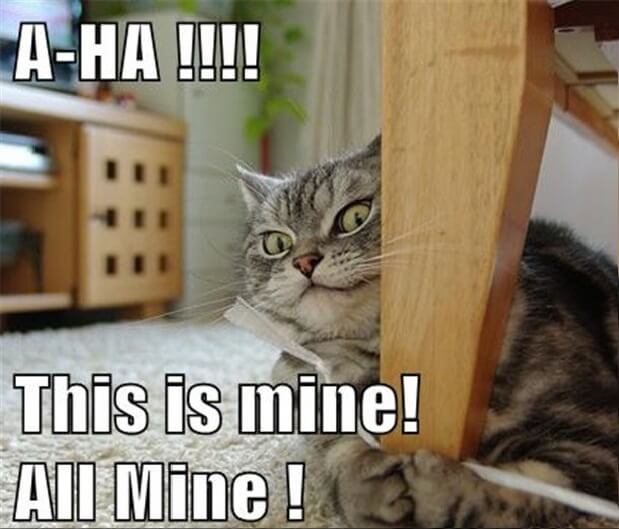 Medium and HackerNoon are in the midst of a divorce: So HackerNoon is quietly leaving Medium, but also trying to take the rights for thousands of people's work